Video detection of meteors is perhaps more spectacular than radio detection, because occasionally we pick up a fireball or other interesting event.

To detect meteors by video, we use cheap security cameras to monitor the night sky for realtime movement,. Software automatically analyses it to determine if its a meteor, and then stores the video for detailed scientific analysis later. There is more detail below the pictures, and also on the SPA website here or the UKMON site here.

The composite images below are a stack of the current month’s captures from my cameras. During quiet times you may only see two or three meteors on the images, but during showers such as Geminids, Perseids or Quadrantids, there may be 50-100 detections per night so these images will get very busy! I manually clean the data every day to remove aircraft. Click on an image to see a larger version. You can see past months’ data, and videos from each night, here.

Note that meteors may appear in front of the clouds, These images are stacks across different nights and times each night. And so a patch that was clear one one shot may have clouds the next, causing the slightly unexpected sight of meteors on the “wrong” side of the clouds! 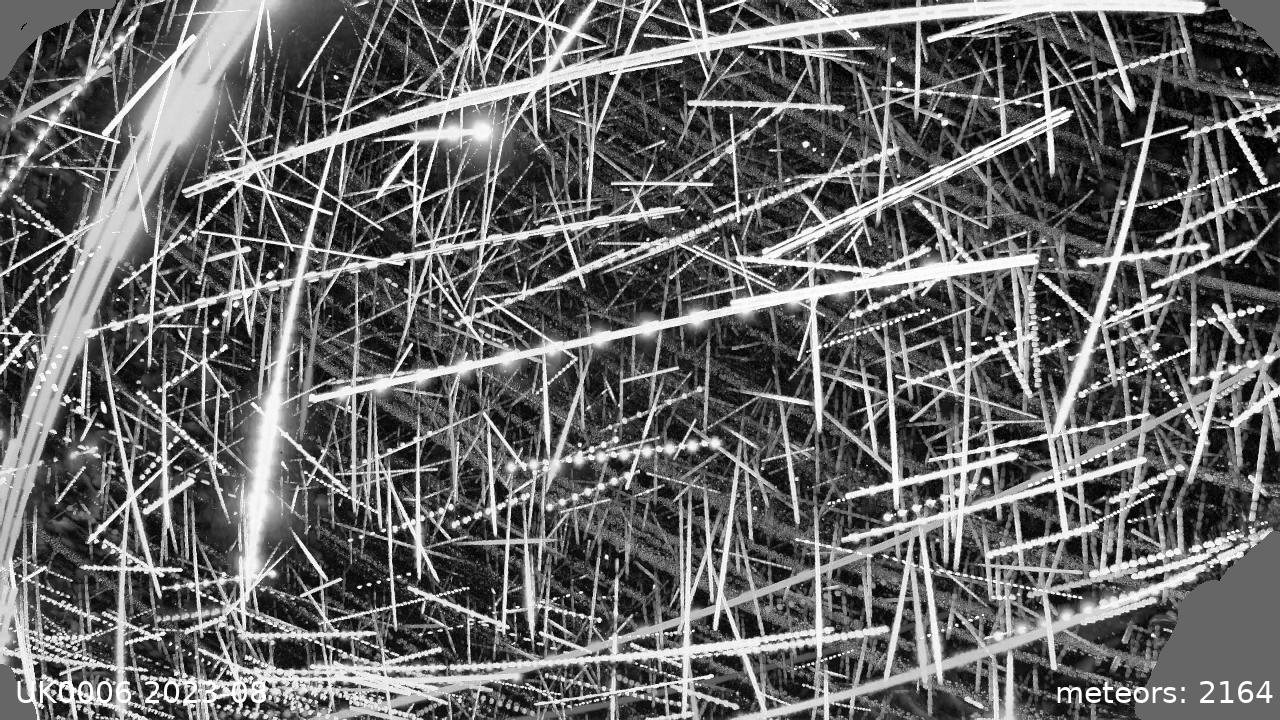 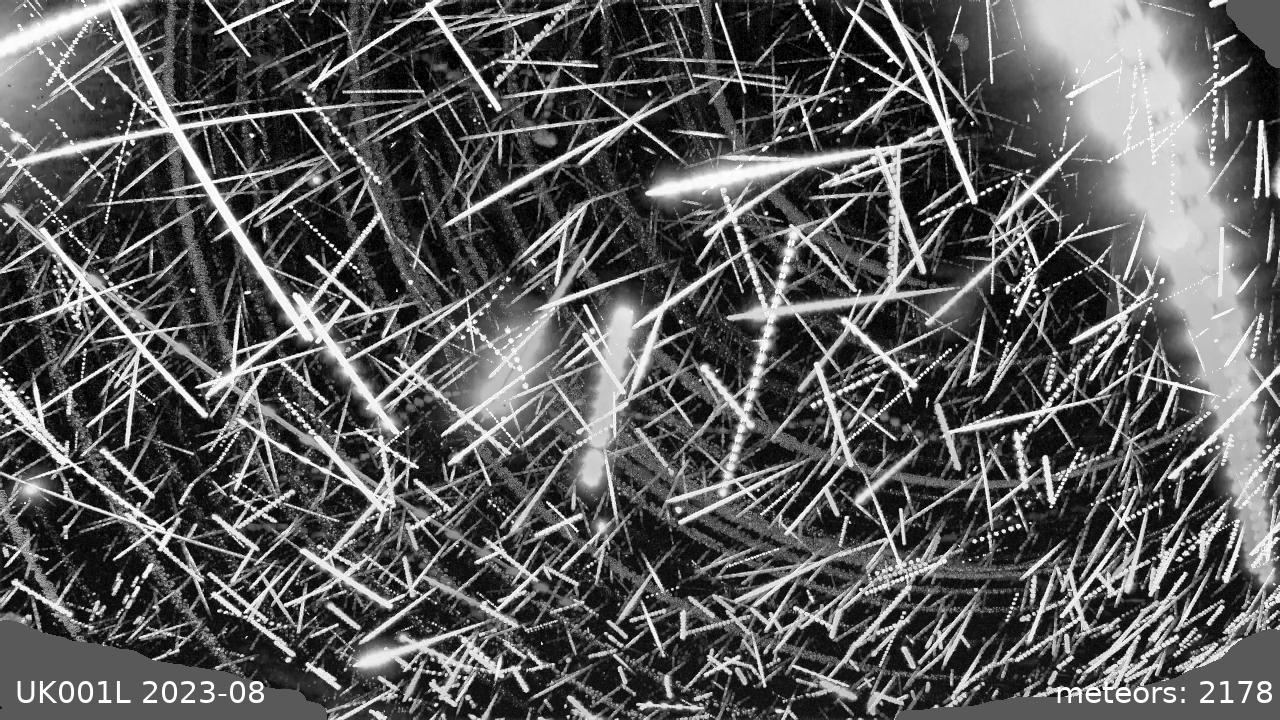 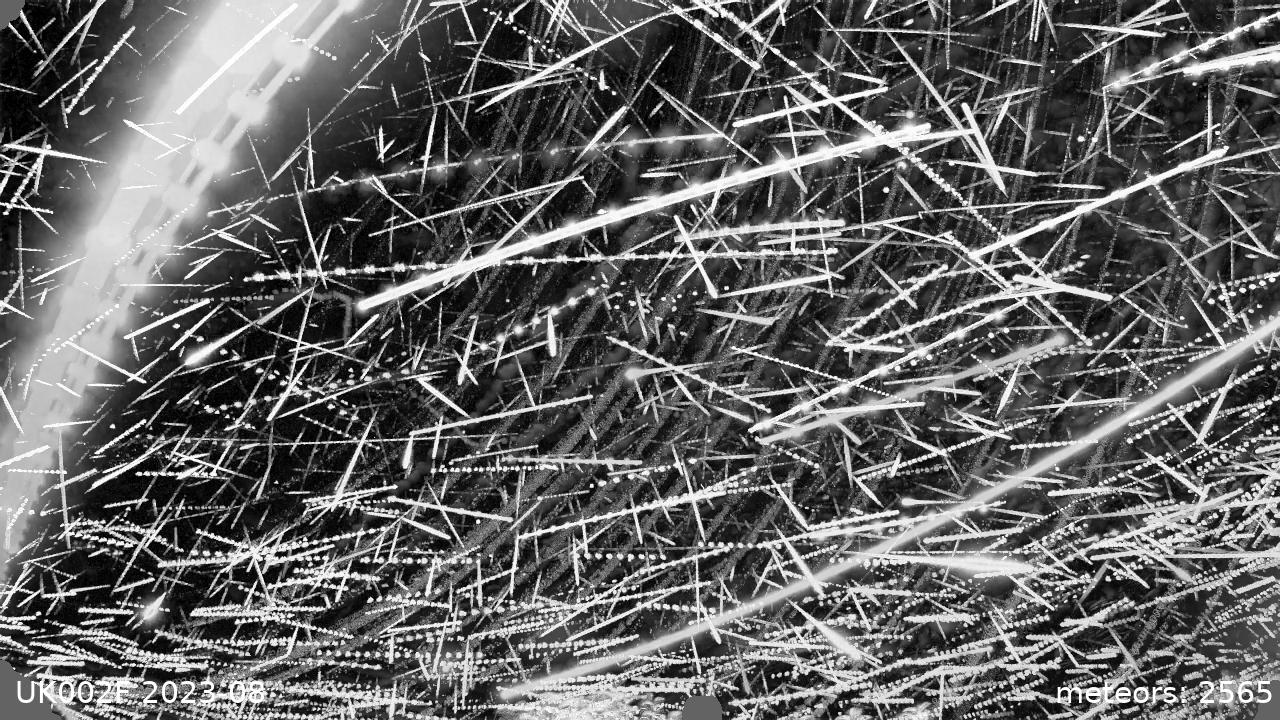 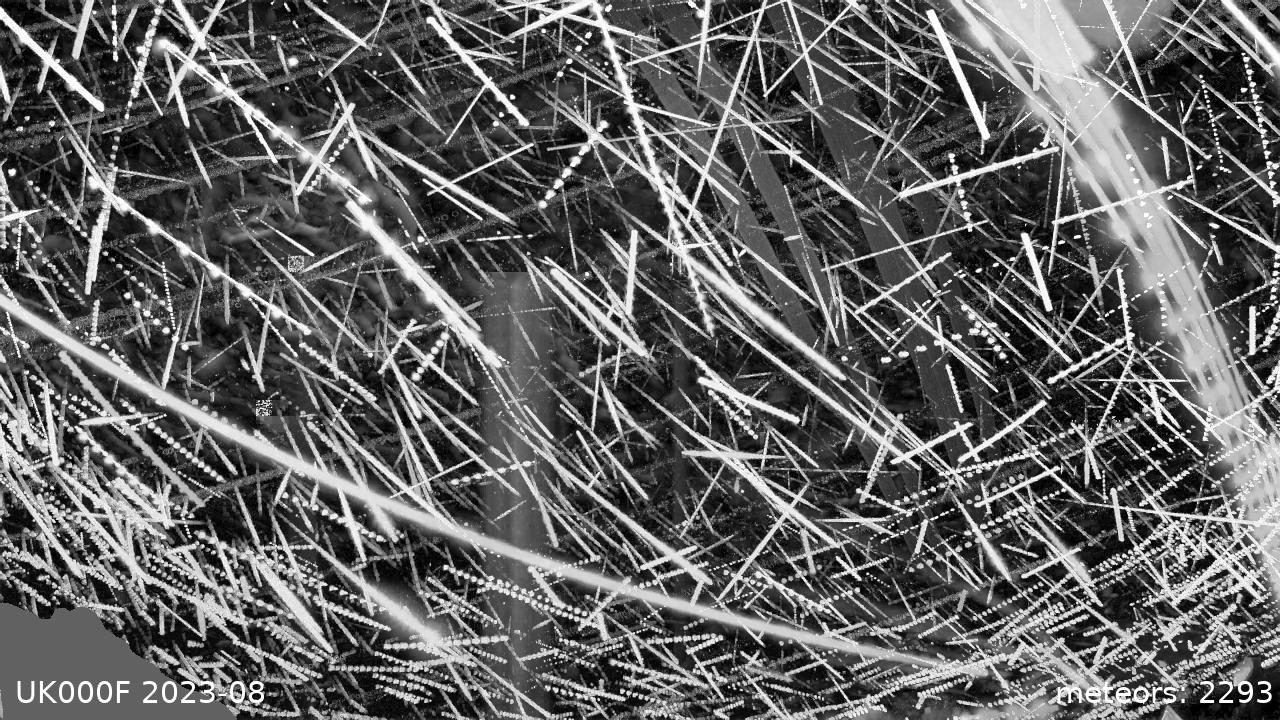 The software we use is called RMS and works with any IP Camera that is sensitive to very low light conditions (0.0001 lux or better) and can be set in a fixed frame rate. I’m using a barebones Sony IMX291 similar to this one. The software records short clips in a compressed format all night with some rough analysis in realtime and then re-analyses them in the morning. Data are then uploaded to our website for further analysis.

The RMS system has better algorithms for detecting meteors and rejecting other moving objects than the older UFO software which we have now abandoned. With the UFO data it was essential check the following day to eliminate planes, satellites, birds and clouds as explained here, then the data can be processed to estimate the shower, velocity and direction of the meteor. This is less critical with RMS software (but still recommended on cloudy nights when you may have many false detections).

This analysis generates files we upload to the server where they are combined with other stations to accurately triangulate the meteor’s trajectory as it hit our atmosphere. From this we can work out the meteoroid’s orbit. Other characteristics allow us to estimate its size and weight – and whether it might have survived to reach the ground.

There is a live stream from many of the UKMON cameras available here. We do catch a lot of aircraft !

If you see or hear of a fireball, its worth checking our cameras to see if we caught it. And please do use the form on either the SPA or UKMON websites to make a report of your own. Both of these will submit a report to the International Meteor Organization.